I'm using Win10 on my laptop for about a month now, updated from Win 8.1. I was positively suprised with small drop of performance and happy with it in general.

However lately my computer gets a hikup. And this shouldn't happen. It's really good laptop, Medion ERAZER x7833, see description.

As I've mentioned, I'm using Win 10 for about a month. After update I still played all games on ultra details. Witcher 3, Unreal Tournament, Alien Isolation, Act of Agression etc., all on ultra details, always above 30FPS.

I didn't played games for around a week. In the mean time I've moved from Poland to UK.

After that I wanted to play Witcher. It loaded save game without a problem, started playing as I used to without changing any (graphic) settings. After 3-5 min FPS drop to 8FPS. Tried reload, restart game, only restart of the computer helped, but cycle repeated after few minutes of playing. I've checked other games, same problem.

I though it has something to do with hibernation I've turned on few days earlier. No disc cleaning helped. I tweaked some Windows perfrormance settings but problem remains.

Now I've noticed, that if I run my computer without internet connection everything works perfectly. Every game works with nice framerate. However when I connect to the internet FPS drops.

Why the FPS drop when connected to the internet? How can I fix that?

Thats weird, do you get the drops both on WiFi and on a wired connection? I'm thinking either a driver issue (perhaps an update installed by automatic Windows updates?), or perhaps some software which is active when internet is connected (firewall, anti-virus, perhaps even some form of malware / virus?) If it happens only on WiFi or only on ethernet, a drive issue would be most likely, if it happens on both connections I'd be leaning to some other software conflict.

Thanks for reply Bart. It's a WiFi issue.

I also thought about malware etc., additional to my regular avast free I've installed AVG, but scans find nothing. I'm sure it's some software, but how to target it?

I did some screenshots of task manager: 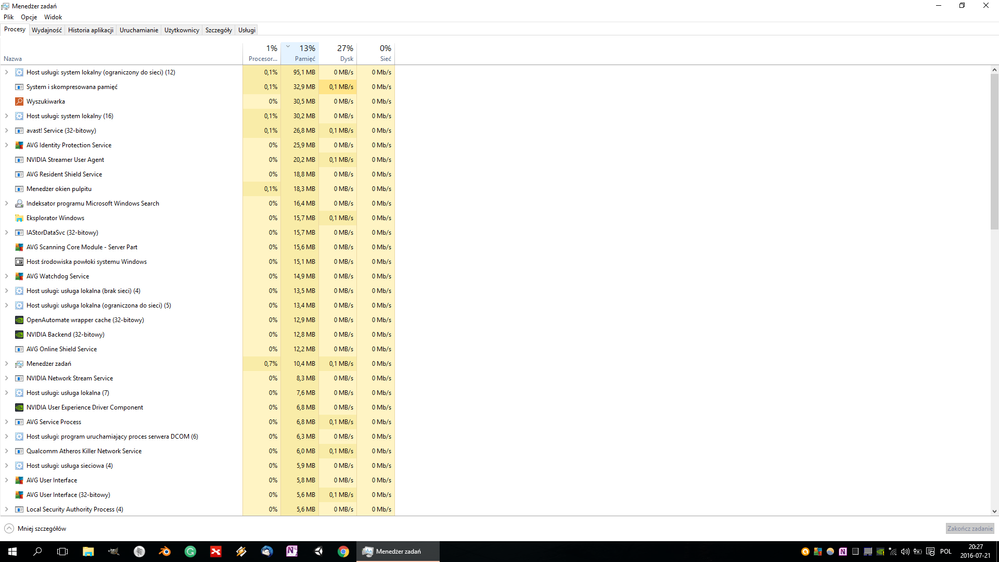 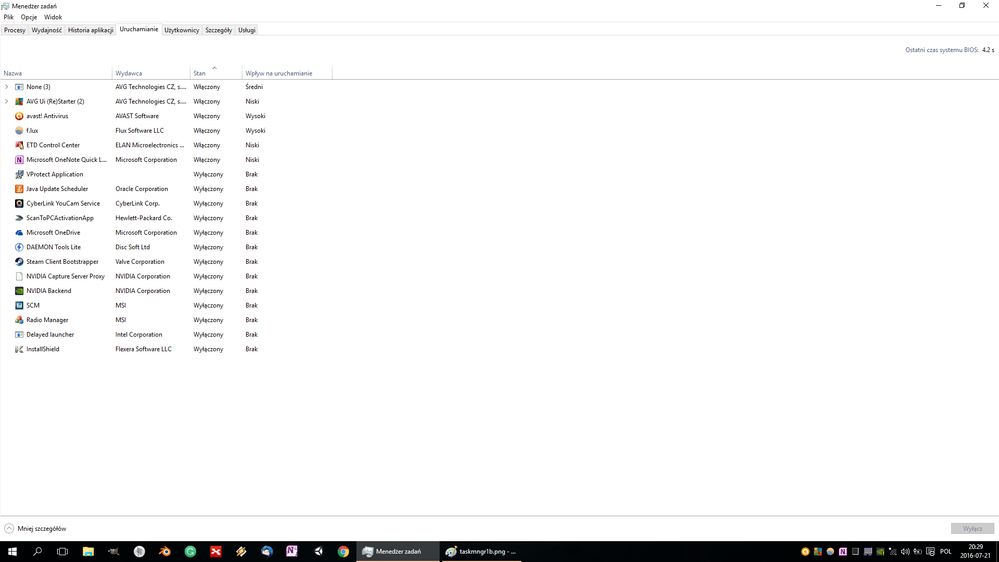 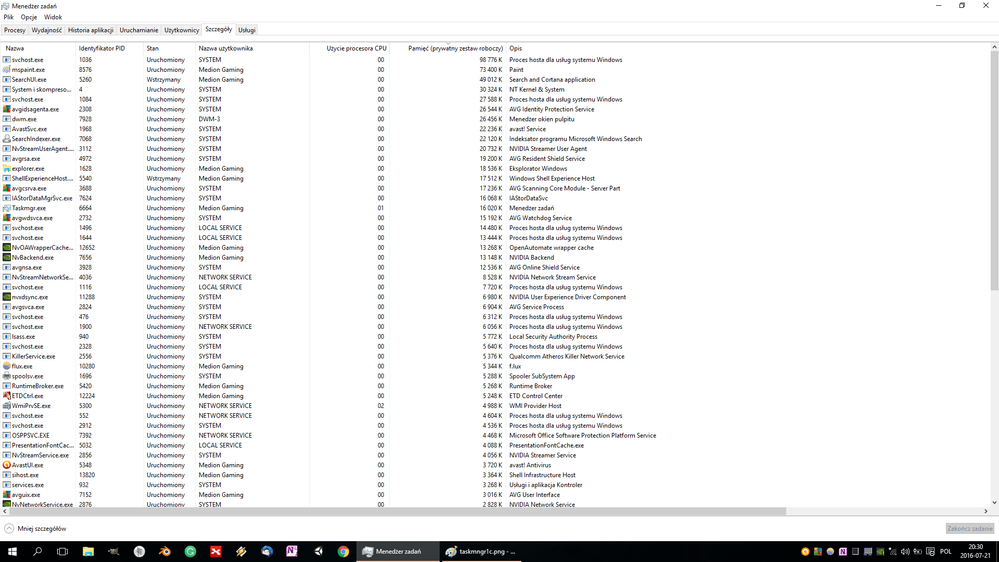 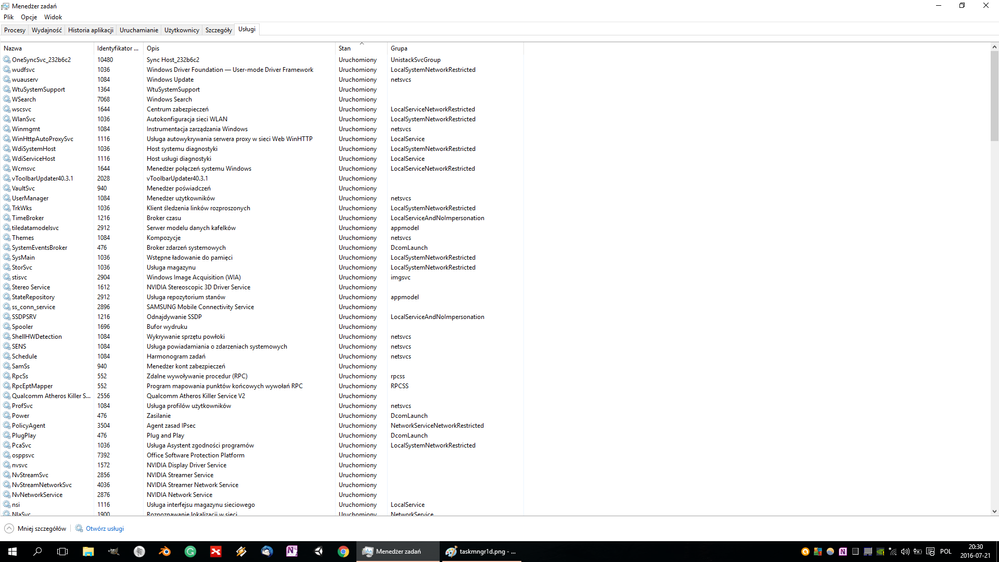 It's  freshly booted windows not connected to the internet yet. I found one strange thing about memory. After boot, it's constant 2,4 GB (used), while after connecting with the internet and few minutes pass it jumps to 3,7 constant. 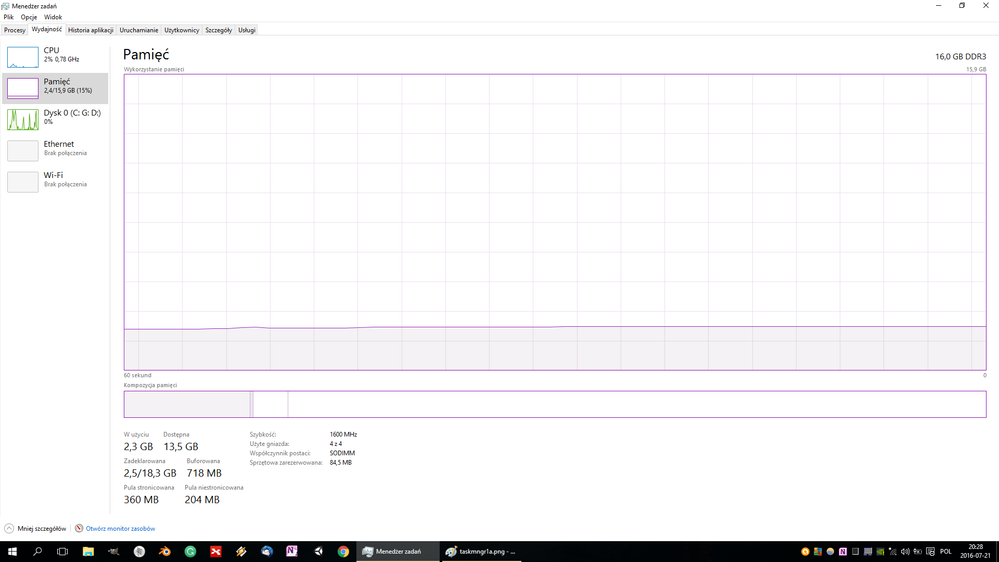 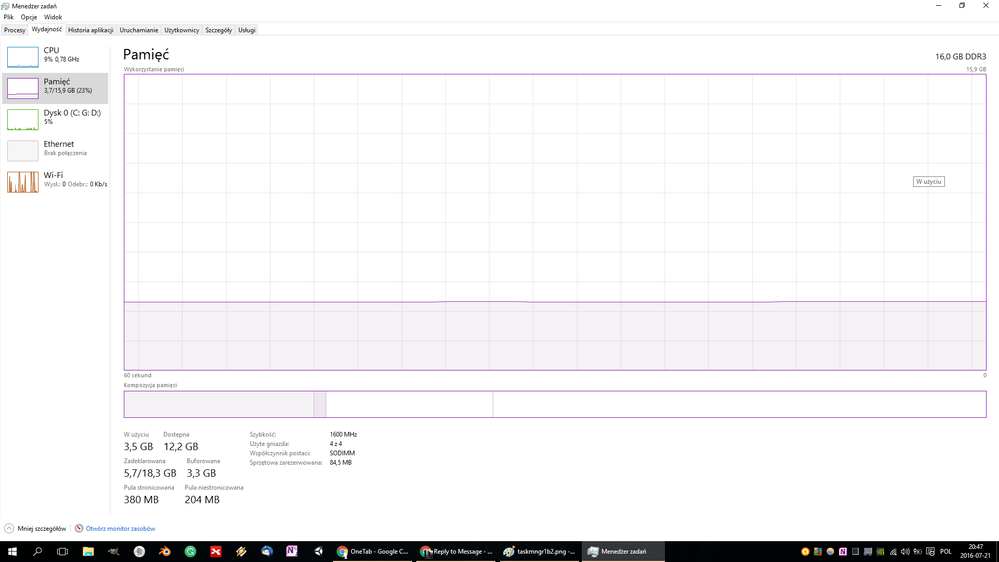 Btw. I've measured the time for starting the computer (65 sec) and turning off (52 sec). I'd say this also is a lot and I recall it wasn't that way from the start.

If it was a problem with malware or something, I'd expect the same thing to happen on Ethernet as well, not just on Wifi. Did you update your drivers? And did you turn off hardwareupdates in Windows 10?

About 1 minute to turn the system on or off is quite long indeed, especially since you have an SSD in there. Is this also related to the Wifi connection or does that happen all the time?

In the screenshots I dont see anything that stands out to me (but I have to admit my Polish is a bit rusty :P), except for the fact that you are running 2 anti virus. Its best to run only 1 at a time since they might interfere with eachother and cause problems / slow the system down.

Besides using a single anti-virus I'd suggest doing a scan against malware with Malware bytes anti-malware (I run a manual scan with the free version every once in a while).